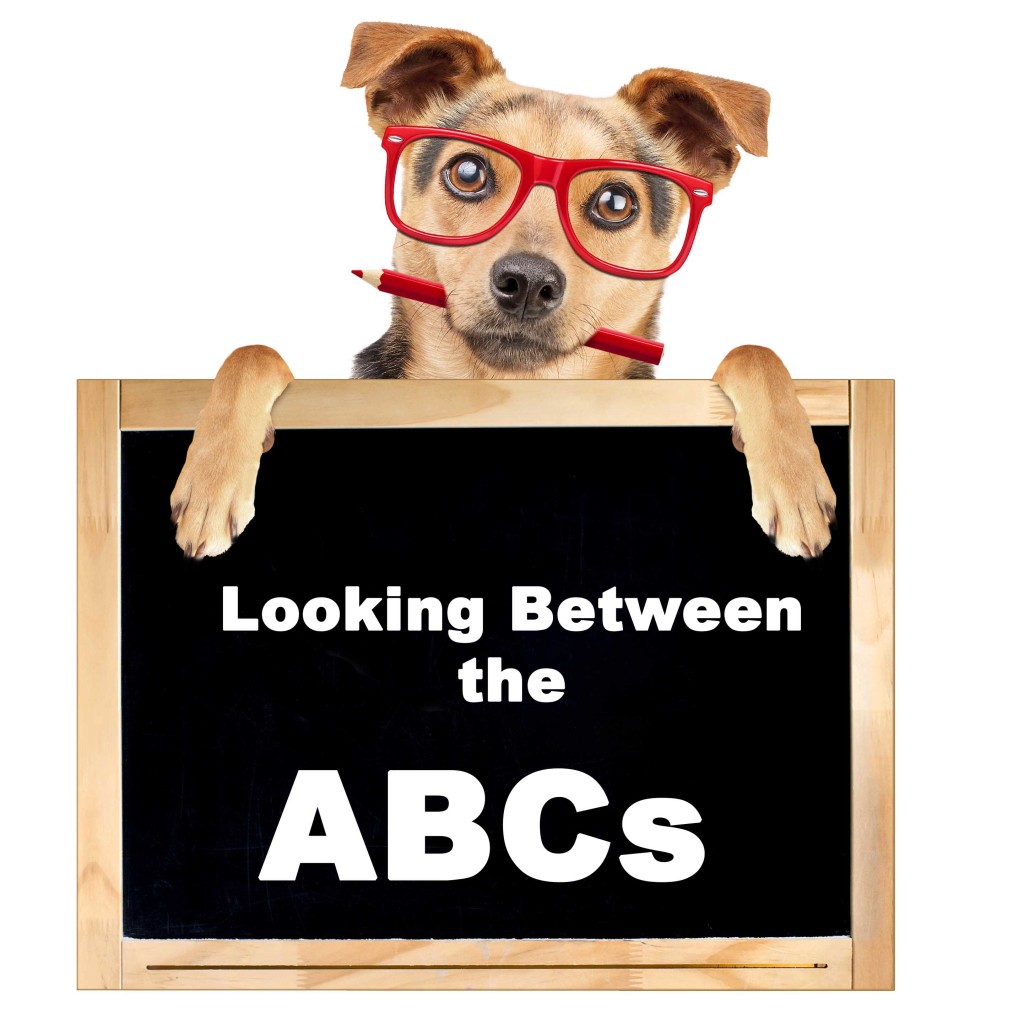 While looking through some of my old material I came across the notes from my old Clicker Expo presentation on Solving Frustration.  One section in the presentation was called Looking Between the ABCs.  Here I invited trainers to not just focus on the Antecedent, Behavior and Consequence but to also investigate what is going on before you say your cue, as the animal is doing the behavior, after the animal does the behavior and before reinforcement is given, what the animal does while receiving the reinforcement and what happens after the reinforcement and before the next cue.  I explored this in more detail in a similarly titled lecture for APDT Australia “Looking Between the ABCs” and then again in my Refining Your Training Skills Video on Demand.  In the Refining Your Training Skills I show video examples of what my own dogs were doing “between” the ABCs and how I fixed it.  Note to trainers, if you show material of yourself doing something wrong… your attendees are bound to start giving you training advice during the break.  Just to let you know…

Below is an example of what can be missed if you just look at the ABCs (the cue you say, the behavior your dog does when cued, and what you do to reinforce the behavior):

It looks lovely doesn’t it? Great training!  Bravo!!! But…..IF we look a little bit more carefully to see what is going on BETWEEN the ABCs of that same scenario, we encounter some problems:

Dog sniffs around the training area just before the cue is given
Antecedent: Handler says “Sit”
Dog looks away briefly
Behavior: Dog sits beautifully
At the sound of the marker, the dog becomes over-aroused and jumps on the handler
Consequence: Handler gives the dog a treat
Dog looks around and whines
The next cue is given (which is a secondary reinforcer to the dog)

The behaviors that happen in red (the stuff you don’t want) that are between the ABCs (the stuff you want) during training can be inadvertently reinforced!

Here is a video on how to teach your dog what to do when waiting for instruction:

Click on the picture below for an in depth tutorial of 3 Games on how to teach your dog how to take treats nicely after hearing the marker:

Tone of Voice Matters Not Just for Your Dog, but Also for Your Own Mood
Addressing the blurred line between humane trick training and old-school circus training: An inspirational call for change